“They had both been beaten by men who decided that the only things worth less than their souls were their bodies.”

*Take a shot for how many times I say perfect or beautiful*You’ll be tipsy for sure!

Review:
I’ll add the blurb in a second, don’t worry. I just have a lot to say. As the opening quote, I wanted to make sure it captured how deep this story was. It was a perfect blend of realism with fantasy elements. Imagine falling for the one person you can’t have. Tragic. The build-up was perfect. I wasn’t sure if I was going to like it, but I bought it because um the cover is beautiful. Call me crazy, I don’t care. It was well worth it. It had flawless, perfect detail. Every struggle, every wrong turn was well thought out and precisely planned. The emotion between Lace (by the way I love her name) and Cluck was so abstract. You become so invested in figuring out who they are and the connection between them. It’s toxic and beautiful. One hell of a story of loss, learning and finding truth. I don’t even know how to put it into words, it was just perfect. Within all this complexity there was even room for a little humor which just puts a big shiny bow on it.

“What’s your name?” Cluck asked.
“None of your business,” she said.
“How’s that look frosted on a birthday cake?”

I live for how there’s French, Spanish and English in it. I LIVE for different languages, it’s just beautiful and a trope I wish there was more of.

He held a wet palm to her cheek. “I don’t want you getting hurt.”
“Everybody gets hurt,” she said. “You know that.”

Their emotions are so raw and pure. My lil‘ babies oh my goodness.
I just feel so much for this book.

A song that reminds me of this book is: Consequences -Camila Cabello
It just relates so perfectly.

Blurb:
The Palomas and the Corbeaus have long been rivals and enemies, locked in an escalating feud for more than a generation. Both families make their living as traveling performers in competing shows—the Palomas swimming in mermaid exhibitions, the Corbeaus, former tightrope walkers, performing in the tallest trees they can find.
Lace Paloma may be new to her family’s show, but she knows as well as anyone that the Corbeaus are pure magia negra, black magic from the devil himself. Simply touching one could mean death, and she’s been taught since birth to keep away. But when disaster strikes the small town where both families are performing, it’s a Corbeau boy, Cluck, who saves Lace’s life. And his touch immerses her in the world of the Corbeaus, where falling for him could turn his own family against him, and one misstep can be just as dangerous on the ground as it is in the trees.
Beautifully written, and richly imaginative, The Weight of Feathers is an utterly captivating young adult novel by a talented new voice. 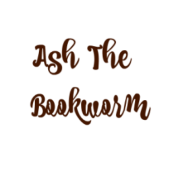 One thought on “The Weight of Feathers: Review”